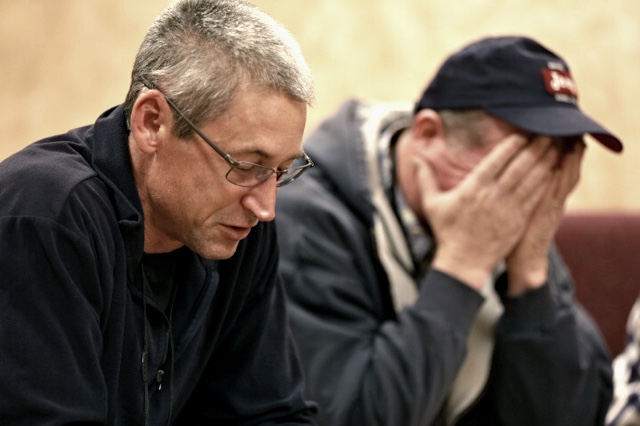 This is probably more of a rant than direct insight.

There is an inborn desire for righteousness that comes to light when we state things like, "That's not fair", or when anger rises up in your heart when what you consider right is not being practiced.

The only question is how to react properly and biblically.

I have been told a statement that made me stop, ponder and agree:

You can only take one thing to heaven with you - people.

I just stopped to think recently, it was when I was 17 years old that I sensed the overwhelming identification to the German culture. And that in spite of the fact that...

KFC has started a new ad campaign, so now the likeness of Harlan Sanders, a.k.a. Colonel Sanders is back on the small screen.

Sanders established a restaurant that went bankrupt when a newly built highway rerouting traffic away from his business - at the time he was 65 years old. He took his first social security check and opened a franchise, then another.

Today and tomorrow our city is hosting a city festival - kind of a celebration of summer coming to a close. For two days the entire city center is filled with bands and beer tables. It was my opportunity to mingle, photograph and speak with people about Jesus. Just the kind of lift my heart needed.