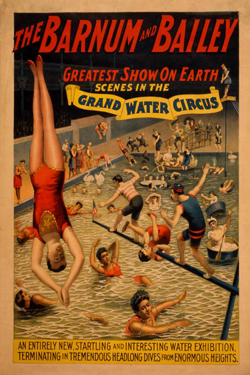 In the year 1875 businessmen convinced the showman P.T. Barnum to lend his name and one of the most famous travelling circus’ was born. Ultimately Barnum would merge with Bailey, then later merge with the Ringling Brothers circus and the result was a brand that captured market share. Gross receipts would ultimately top 500 million dollars annually.

The greatest show on earth was so profitable that Mattel bought it in 1971 in a hostile takeover. Mattel paid 50 million dollars.

Then electronics were invented:  Playstations. Then Las Vegas hit its stride.

The costs of paying their star talent, the care and feeding of aging animals, travel costs in an oil shortage economy all impacted the bottom line - hard. Negatively.

Ticket sales dropped over the next decade and Mattel would sell their ownership in 1983 back to the original owners, Feld Entertainment, for less than half of what they had originally paid.

So here is the question: Is this the business climate to start any new circus?

In 1984 a group of street performers thought so. Canadian businessmen banded together and in the next 20 years would achieve a level of revenues that took Ringling Brothers & Barnum & Bailey over 100 years to attain. Cirque de Soleil was born.

And all of that in a declining industry.

How? In the business volume: Blue Ocean Strategy, the authors observe:

“Cirque de Soleil did not compete with Ringling Bros. and Barnum & Bailey. Instead it created uncontested new market space that made the competition irrelevant. It appealed to a whole new group of customers: adults and corporate clients prepared to pay a price several times as great as traditional circuses for an unprecedented entertainment experience.”

Church-planters, we should sit up and take notice. When environments change, we do not quit, nor resign. We adapt. Those that do, flourish.

Satan is nasty. All the time; consistently. He destroys. He mocks. He accuses. And I don't mean in a Bart Simpson endearing way.

But did you ever stop to think that he pesters God, too? Did you realize that he constantly attempts to convince the Creator that no one really loves Him? Read the first couple chapters of Job and you get to view behind the scenes about what really goes on and it's not pretty. He keeps attempting to inform God that people only show their love and obedience based on goodies. You know, God, the cosmic Pez dispenser. Take away the candy and ... presto, the faithful followers disappear. At least that is what Satan says. 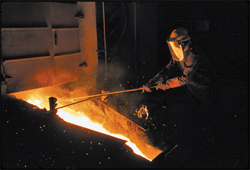 And you and I may or may not get the full jist of what is going on, but somehow, in some small way, I imagine that God says: See! See! There is a person that does love me, even when the bottom drops out. Even if rewards are not imminent. See!

God does care about your plight. He is broken hearted about man's condition. I read recently where this was recorded: Jesus saw the multitudes and he was moved to compassion - he saw them as beaten, broken and forsaken, as sheep without a shepherd.

My tears are not in vain. Yours are not in vain. It gives God the opportunity to tell Satan that he has no clue; someone really does love Him. And nothing can seperate us from Him. Nothing will drive a wedge between God and His child. Not even Satan.

Solitude is not being alone 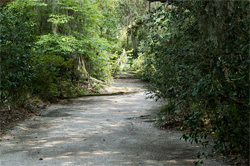 It is a good thing when teams of people band together for a great cause - synergy is created. Putting just the right people onto a common task multiplies talents and expands impact. In light of this priority, maybe a reminder for solitude is essential.

When you enter the crucible of crisis, you enter alone. This does not exclude the principle of protection found in the local church. It does not explain away the impact of friendship or the role of encouragement from another.

The sense of being alone shocks us. Makes us feel as if something is drastically wrong. It makes us even doubt the road we traverse at the time. It is nonetheless a good reminder that the struggle of faith is always a solo flight across a vast ocean - and has not been uncommon.

While you go through faith-building experiences, as you look for a breakthrough, do not be overwhelmed by the sense of lonliness.

As my sister walked through the valley, she shared a vital lesson that resides with me still: Somedays you will have to preach to yourself, rather than listen to yourself.

Don't believe everything your heart tells you. Preach the word of God to your own heart. A dosage of solitude is a good and healthy thing.

If you get married as Jacob did, putting the weight of all your deepest hopes and longings on the person you are marrying, you are going to crush him or her with your expectations. It will distort your life and your spouse's life in a hundred ways. No person, not even the best one, can give your soul all it needs. You are going to think you have gone to bed with Rachel, and you will get up and it will always be Leah. This cosmic disappointment and disillusionment is there in all of life, but we especially feel it in the thing upon which we most set our hopes.

Keller is one of the most gifted speakers, taking a Manhattan postmodern society and introducing them to biblical truths and a dynamic relationship with Jesus. He points out is this masterful work, how many things serve as a counterfeit god, when God does not reside as the only king to the throne.

It is a sad state when something so beautiful as a marital partner is a tool to getting filled up. We are all very leaky people, with leaky hearts and leaky love. Some areas cannot be healed with the science of modern medicine. Only when a heavenly love is experienced will a person no longer clamor on another with expectations that are unrealistic.

Being addicted to a human relationship is, as Keller points out, idolatry and a counterfeit god.