Warning: Division by zero in /home/keitjstf/public_html/plugins/content/sige/sige.php on line 809 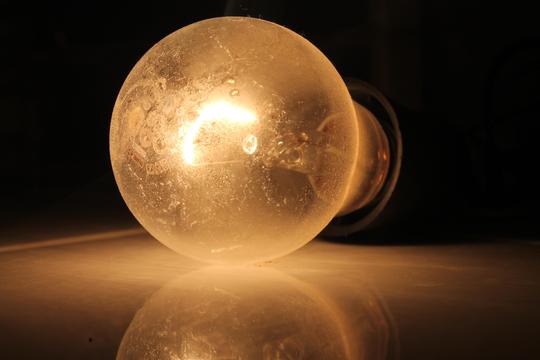 When the Apostle Paul hit Ephesus and people came to Christ, Luke records Paul's efforts there.

Acts 19: 9 But when some became stubborn and continued in unbelief, speaking evil of the Way before the congregation, he withdrew from them and took the disciples with him, reasoning daily in the hall of Tyrannus.
10 This continued for two years, so that all the residents of Asia heard the word of the Lord, both Jews and Greeks.

In this short period of time everything was set into motion that multiple churches would be planted all across Asia Minor, setting the stage for Constantine to give the church an international setting in the fourth century. The key was the training he gave these men of potential.

The question is: What would and can it look like in a fast-paced society with many technological resources? Can we think outside the current parameters in order to expand our impact?

Society has become visual-oriented. That is not going to change anytime soon. And yet there is a glut of poorly produced, bad and plain boring videos on YouTube and elsewhere. - Photo from Philip Bloom

What is required to produce compelling videos?

This is a continuation of yesterday's blog.

Having a checklist aids me in making sure that all aspects have been thought out - mainly this will keep me aware of the time yet to be allotted.

Looking for an edgy feel to the piece, the overlays needed to be adjusted. For this piece movement and placement was key.

Now it was time to get the piece to press. This is the final result. In the next few months we will be using this piece to send to young adults as part of a follow-up campaign.

That is the workflow I presently use to produce videos.
{mp4}discipleshipTrailer003{/mp4}

This is a continuation of yesterday's blog.

This is one that so many people shortcut - just grab a camera and shoot some footage. To be honest, that will get you in trouble fast. You will end up reshooting so much, most likely due to the fact that you do not have an overview and something was either forgotten, or you did not get a proper angle.
I use the left side of my page to sketch a rough image of the shot I envision. I do have a rough idea of how the transitions are to work and those are also marked.
Knowing how long the audio track is will determine how many shots I require, plus the length of the pieces. I have not noted that on my storyboard, but it sure would have been better to do so.

A production assistant lines up talent and indicates to them when to arrive, how long they will need and how to dress.
Leaning heavily on the storyboard, I can indicate to the talent what to expect, how it will appear and how long the shoot will be. I try to provide the amount of shots that we will be shooting, just so that their curiosity is quenched.
By the way, as a rule of thumb, shooting about 7:1 is the general format - for every second on screen, we need seven seconds of footage. For one minute on screen we will require a minimum of seven minutes of footage.

Returning with the footage to the edit bay, footage will be color balanced and prepared for usage.
In the footage provided I used stills and footage from a visit to New York for the transitions, and shot the talent in about three hours on a Saturday. I also scouted out scenes for an hour in advance, so that I was prepared for their arrival.

Dropping that footage into place then allowed me to make minor adjustments to the overall flow of the piece and then drop in a few special effects.
{mp4}discipleshipTrailer002{/mp4}
Tomorrow: Task breakdown, overlays and final render

For those that have moved into utilizing videos as an additional communication platform, you quickly realize that just owning readily available software does not automatically enable you to produce compelling videos.
One of the biggest hurdles at the beginning is to establish a workflow. In other words, how do you go about conceptualizing the a 60 second piece?
Over the next couple of days I will breakdown my workflow into steps. Once that is established, your creativity will be unfettered and free to get things into into your video timeline.

When you have defined your audience - which will guide what you are attempting to communicate - then write a script. Put all the words onto paper. Rewrite if necessary. Most often I will write longhand, but if I am traveling, then I use the iPad.

Although many of my friends start with footage and then drop in the audio, I start with audio. This will generally take me a number of attempts - even a couple hours to find appropriate royalty-free music. I do not have the time presently to write and produce my own tracks, so I use the work of talented artists.

With the script, including transitions, I produce text holders that will serve as markers to get the general feel of the piece. This will indicate whether it might work, or whether adjustments need to be made. I do not proceed until that rough piece has been completed.
{mp4}discipleshipTrailer001{/mp4}
Tomorrow ... the storyboard, shooting and second draft.